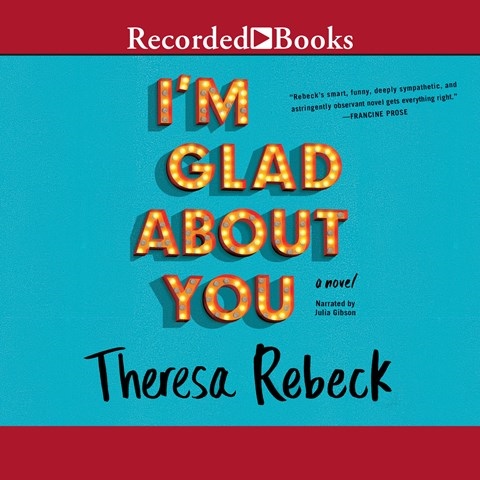 I'M GLAD ABOUT YOU

Narrator Julia Gibson nails the snooty, condescending voices of the mostly unlikable characters in this depressing but somehow mesmerizing story. Alison Moore and Kyle Wallace sacrifice their love to pursue their dreams--hers of being an actress and his of being a doctor--only to find that success doesn't always translate into happiness and that one should be careful what one wishes for. Gibson excels in capturing the loquacious and flawed Alison, the floundering and mystified Kyle, and the snide and passive-aggressive natures of Kyle's wife and his best friend. This book is well acted, and Gibson's voices are believable and well done. A.C.P. © AudioFile 2016, Portland, Maine [Published: DECEMBER 2016]