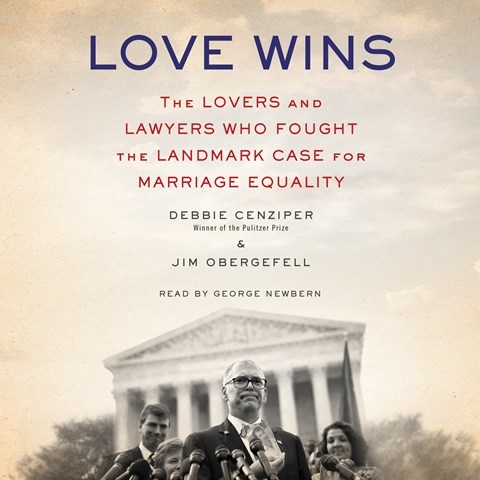 George Newbern narrates the story of the legal case that ultimately made its way to the U.S. Supreme Court and removed barriers to same-sex marriage. His straightforward delivery brings home the ordinary lives of the couple at the center of the case, as well as those of the couples whose cases were consolidated as they sought legal recognition for their marriages. Newbern's unembellished approach complements that of the two authors, plaintiff Jim Obergefell and Pulitzer Prize-winning reporter Debbie Cenziper. Newbern's clear and steady recitation of the facts keeps the focus squarely on the poignant events that took this issue all the way to the highest court in the land. J.E.M. © AudioFile 2016, Portland, Maine [Published: JULY 2016]