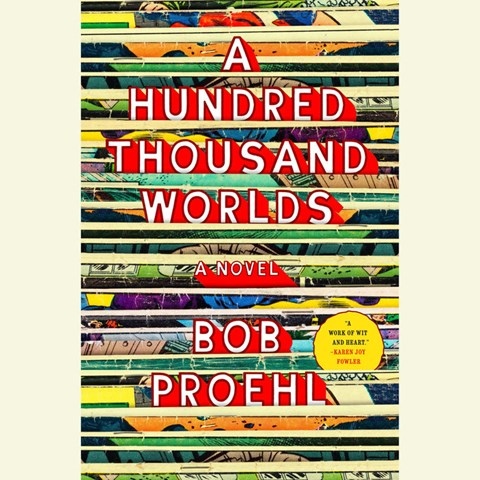 Narrator MacLeod Andrews’s warm voice weaves this complicated story of real and imaginary worlds as characters attend various Comic-Cons, national conferences that promote comic books and the spin-off products associated with them. A number of characters are featured—ex-TV series actress Valerie Torrey; her 8-year-old son, Alex; comics illustrator Bret; and writer Gail—as their lives intersect at a series of Comic-Cons. Andrews acts out the characters, imbuing them with believable personalities and emotions. His performance is a treat for listeners as they fall in love with Alex and his exploration of the hundred thousand worlds that are intertwined with his own. M.B.K. Winner of AudioFile Earphones Award © AudioFile 2016, Portland, Maine [Published: AUGUST 2016]