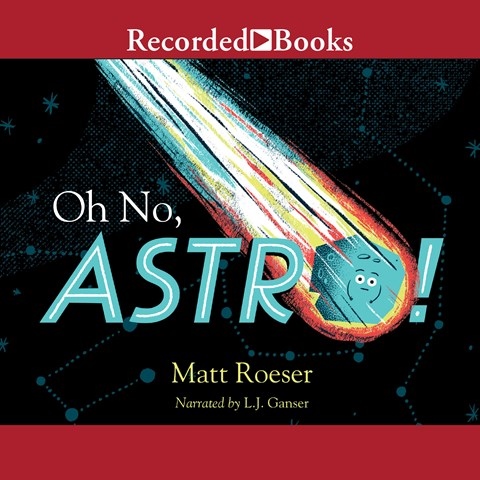 Narrator L.J. Ganser's exuberance enhances this tale of Astro, an irritable asteroid who greatly values his personal space and is outraged when he's thrown from his orbit. Ganser excels at portraying grumpy Astro and at pronouncing adjectives--such as "crash-smash"--that perfectly describe Astro's plight. Lively music and sound effects add to the atmosphere. Astro sounds delighted as he careens through space, greeting Mars with a "hi" and a quick "bye" as he speeds past. When he enters Earth's orbit, he endearingly admits it's fun. Listeners will learn from the "Space Facts" that the American flag that was planted on the moon in 1969 has faded and are advised, "When you go up there, take a new one or a selfie of the old one." S.G.B. © AudioFile 2016, Portland, Maine [Published: AUGUST 2016]