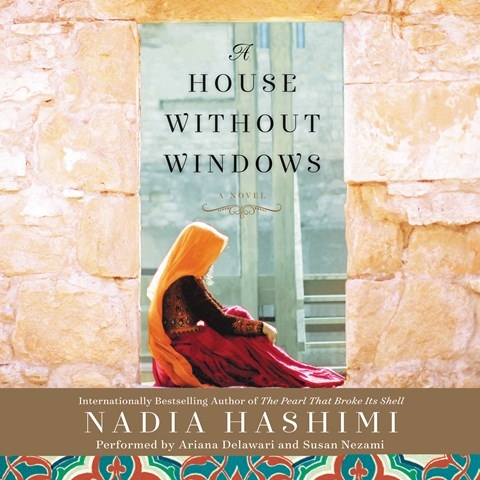 A HOUSE WITHOUT WINDOWS

The women of Afghanistan are as besieged as their country. But they're also resilient, a quality that is captured in this novel, which follows a bizarre set of crimes that land three ordinary women in jail. Narrators Ariana Delawari and Susan Nezami portray a range of characters while recounting the complicated lives of the housewives turned murder suspects. Did Zeba kill her husband in her own courtyard? Will Latifa or Mezhgan, the much younger women Zeba meets in prison, find safety and justice? As their stories are told in delicate tones, the details of these women's lives will echo in the listener's mind long after the story has finished. An artful story, full of emotion, delivered at a deliberate pace. M.R. © AudioFile 2016, Portland, Maine [Published: OCTOBER 2016]