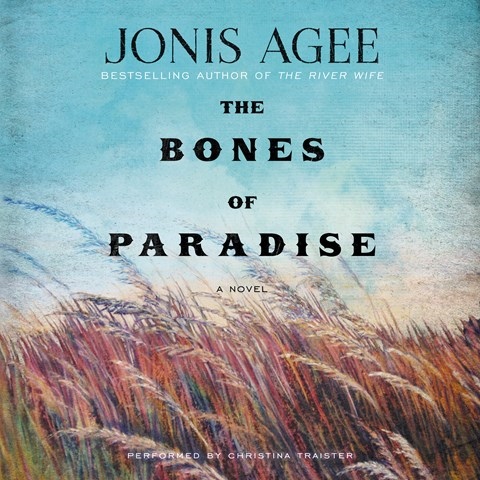 Narrator Christina Traister tackles a large cast of characters in this epic Western mystery set in the decade following the massacre at Wounded Knee. When rancher J.B. Bennett and a young Native woman named Star are found dead in the Nebraska Sand Hills, J.B.'s estranged wife, Dulcinea, and Star's sister, Rose, unite to untangle the mystery of their deaths. Traister's narration is expressive, especially when she voices Dulcinea and the many laconic ranch hands J.B. employed, but her constant shifts between whispering and shouting make volume control a challenge. Without meaningful breaks in her steady pacing, the narrative's many jumps in time can be difficult to follow. Still, her emotive reading captures the beautiful desolation of the Sand Hills depicted in Agee's novel. E.C. © AudioFile 2016, Portland, Maine [Published: DECEMBER 2016]