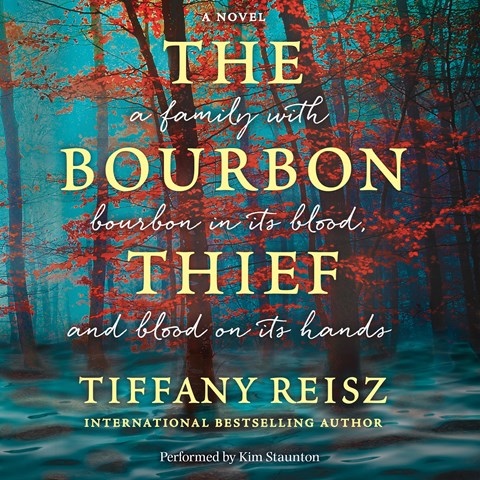 Narrator Kim Staunton delivers this audiobook as if she's telling the tale from the roots of her soul. Cooper McQueen awakens and realizes his million-dollar bottle of bourbon has been stolen. The thief is Paris, the woman who seduced him at a bar the night before, and she's still on his property with more than the bottle: She has the story of why the bottle actually belongs to her. The tale, drenched in secrets and betrayal dating back 150 years, requires a talented narrator who can project such opposing emotions as hurt, manipulation, sexual desire, and vulnerability. Staunton perfectly transitions from the perspective of Paris to that of Tamara Maddox and her narrative of family lies buried so deep they transcend generations and unfold in unexpected ways. A.L.C. © AudioFile 2016, Portland, Maine [Published: SEPTEMBER 2016]