Home»Reviews»THE BURNING OF THE WHITE HOUSE 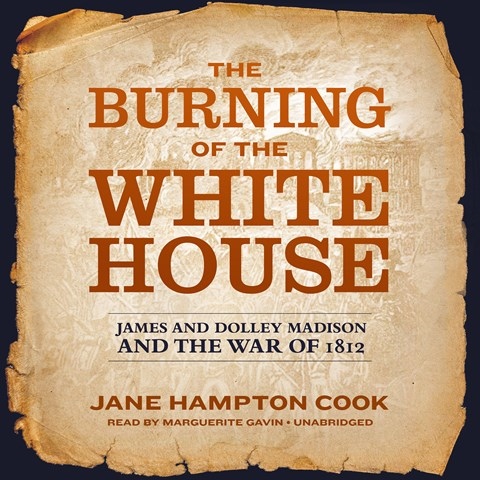 This audiobook comes along at an interesting time in our history. In 1814, as in 2001, this country was attacked by a hostile force that destroyed our people and our self-confidence. As in 2001, the United States fought back and repelled the immediate threat. But 1814 was also very different, and this audiobook uses new sources to tell the story of one of the most harrowing events in our past. Narrator Marguerite Gavin's energetic, animated voice makes the story interesting, vital, and relevant. She mixes in some character voices, such as Dolley Madison's, but generally reads this book in a straightforward manner. Gavin doesn't get carried away by the battle scenes, giving us the opportunity to carefully follow the action and think about its consequences. R.I.G. © AudioFile 2016, Portland, Maine [Published: NOVEMBER 2016]