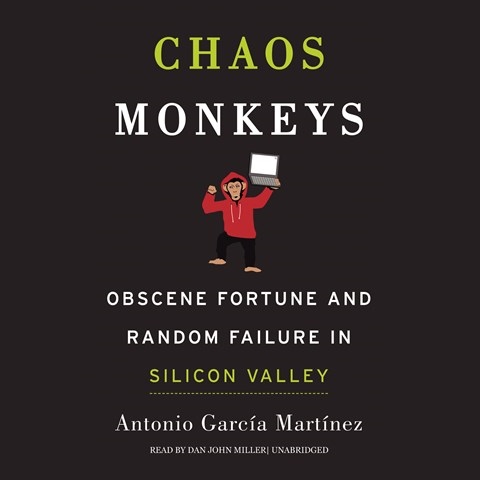 Tech start-up insider Martinez shares details of his adrenaline- and testosterone-filled years before his abrupt departure from social media giant Facebook. Narrator Dan John Miller plays him as brash and cocky, which suits Martinez to a tee. On the basis of this performance, Miller can most assuredly add "humble brag" to his resume of mastered deliveries. CHAOS MONKEYS derives its name from software that companies deploy to stress their networks in order to look for weaknesses. With that metaphor, Martinez describes the whole obstreperous tech world, as seen from his vantage point of its innermost sanctums. Like exploits shared over brewskies or one of Martinez's own start-up pitches, these experiences may feel only subjectively truthful--but listeners will still hang on every word. K.W. © AudioFile 2016, Portland, Maine [Published: SEPTEMBER 2016]