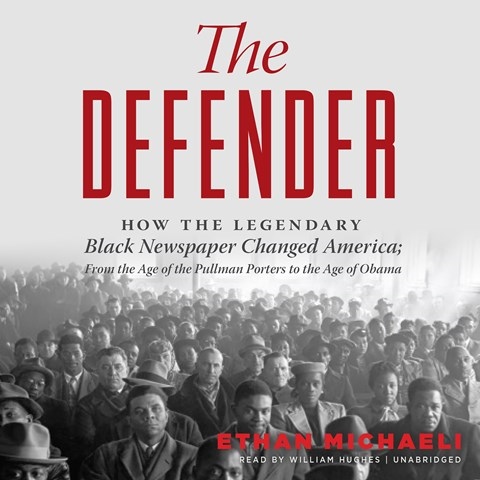 THE DEFENDER How the Legendary Black Newspaper Changed America

Narrator William Hughes brings a keen awareness of the importance of this monumental audiobook. His clear and modulated performance works well for this account of the glory days of THE DEFENDER, giving listeners a sense of how this preeminent African-American newspaper achieved its fame. Equally significant, it reveals how its original editor, Robert S. Abbott, championed the African-American mass migration from the South to the cities of the North. Under Abbott and then under his nephew, John H. Sengstacke, who succeeded Abbott in 1940, THE DEFENDER never wavered from its support of black Americans, presenting in editorials and articles their plight in the South and their unequal treatment in the military. This is a remarkable audiobook. A.D.M. © AudioFile 2017, Portland, Maine [Published: MARCH 2017]