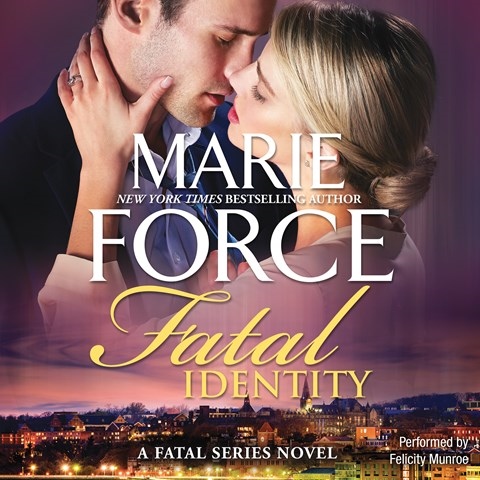 Narrator Felicity Munroe's facility with shifts in tone and subtle, effective accents and pacing enlivens the characters in this fast-paced and fun listen, the tenth book in the Fatal series. Lt. Samantha Holland, gorgeous top homicide cop, and wife of the nation's hunky vice president, is serving a four-day suspension from the D.C. police force. She's even facing possible action by the U.S. Attorney when she's approached by a man who believes he was abducted as a baby by his father, who is the current FBI director. The combination of Munroe's acting talents, an engaging story, and likable characters makes for an enjoyable listen. A.C.P. © AudioFile 2016, Portland, Maine [Published: OCTOBER 2016]