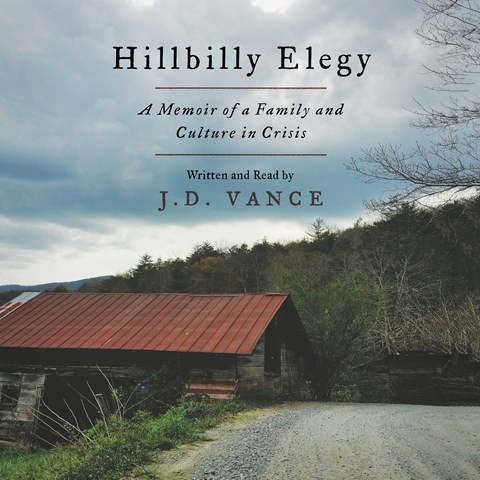 HILLBILLY ELEGY A Memoir of a Family and Culture in Crisis

Listening to San Francisco investor J.D. Vance narrate his own memoir makes one think that HILLBILLY ELEGY is the answer to his wife's question: "Why won't you tell me about your family?" At first the straight man with facts and figures, Vance eases into a multigenerational saga set in eastern Ohio and Kentucky, the story of so many Americans, even those who aren't "hillbillies." There's young love, escape from a troubled home to new troubles, the push and pull of family ties, and the hope that education and a loving grandmother bring. Vance is sincere in his love for his family and honest about the problems that befall himself and his family. In this memoir, Vance introduces listeners to a community seldom considered, but all around us. M.P.P. 2017 Audies Finalist © AudioFile 2017, Portland, Maine [Published: JANUARY 2017]