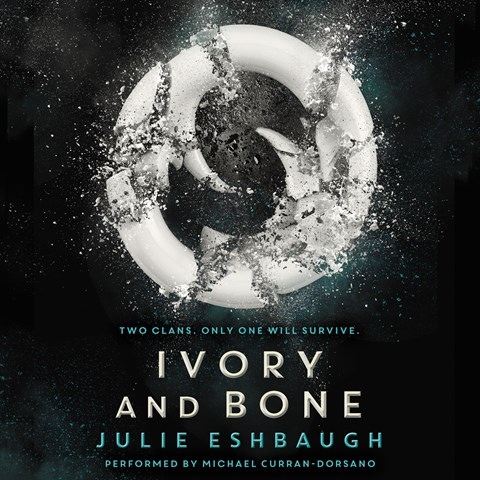 In this first audiobook of a new trilogy, a small clan in the Arctic faces a number of challenges to its way of life. As the oldest son and the group’s future leader, 17-year-old Kol will be critical to its survival. Kol’s sensitivities, insecurities, and pride are unfolded by Michael Curran-Dorsano as the young man tells the story herein to a young woman who also play a critical role in their future, The audiobook format is particularly well suited to the second-person point of view. Curran-Dorsano adopts the earnest tone of a young man who is aware of his role in the clan’s future and is anxious to prove himself. His pace is quick, with an air of impatience at times and a halting reluctance at others. J.E.M. © AudioFile 2016, Portland, Maine [Published: AUGUST 2016]