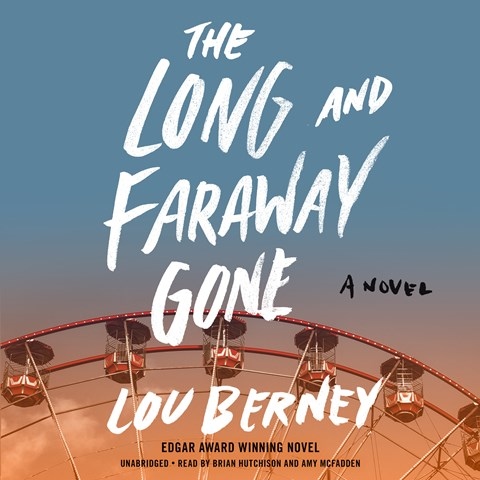 THE LONG AND FARAWAY GONE

Lou Berney's story of two Oklahomans haunted by crimes from decades earlier is alluring and exquisitely written. Brian Hutchinson astutely delivers the chapters narrated by Wyatt Rivers, a P.I. who is reluctantly returning to Oklahoma. Hutchinson's range paints an auditory rainbow with the diversity of Berney's characters. From the spitfire bar owner to the eccentric musician, he teases out the rich nuances, then allows them to blend seamlessly back into the story. Amy McFadden's portrayal of Julianna, whose sister vanished from the state fair many years ago, hits on her internal struggles beautifully; however, her depiction of Julianna's foe, Crowley, is unconvincing. It lacks the grit and hardness of his hard-knocks life. While there are certainly areas for improvement in this production, it's definitely worth the listen. J.F. © AudioFile 2016, Portland, Maine [Published: NOVEMBER 2016]