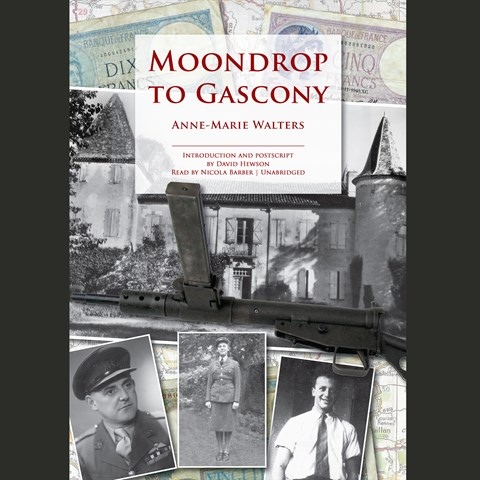 With her clipped British accent, narrator Nicola Barber is a great choice to portray author Walters, whose memoir captures her adventures as a member of the French Resistance during WWII. The enthusiastic Walters was just 20 when she parachuted into southwest France to serve as a courier. Barber ably handles all the French names and locations as well as the passages in French, which may leave some listeners behind. The bulk of the Resistance were male, and here it's difficult to differentiate among the many male characters. Recent additional material by David Hewson, which beefs up the biographical information on Walters and her fellow Resistance members, isn't smoothly worked into the production. Perhaps a male narrator for the new third-person material would have been more effective. Still, this is a fascinating look at one woman's contribution to the war effort. D.E.M. © AudioFile 2017, Portland, Maine [Published: MARCH 2017]