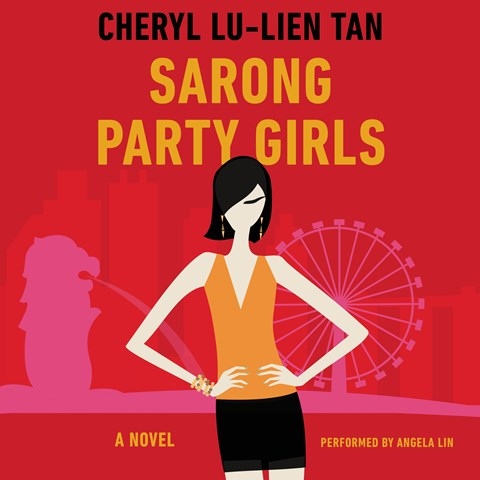 Angela Lin’s command of Singlish—English as spoken in Singapore—showcases her skills as a narrator. Not only does she establish characters and create a strong atmosphere, but she does so in a patois that draws heavily from several languages. Yet everything makes perfect sense, thanks to her spot-on delivery. Jazzy and her best friends are rapidly approaching the age at which they really ought to be married—or at least engaged—or, at the very least, have a steady boyfriend. So far, only Sher has gotten married, but no one wants to talk about that. So Jazzy comes up with a plan: The girls need to get serious about settling down. But for these Singapore party girls, that is far easier said than done! K.M.P. © AudioFile 2016, Portland, Maine [Published: JULY 2016]