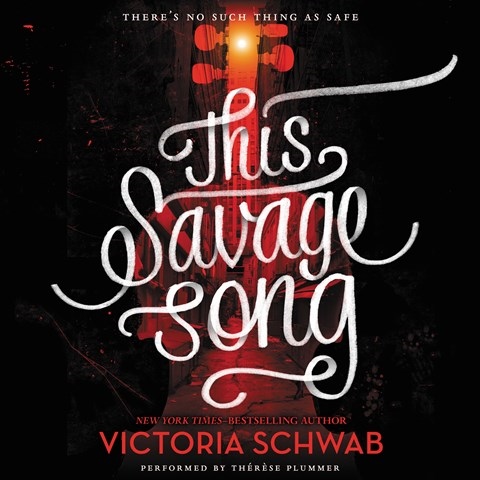 THIS SAVAGE SONG The Monsters of Verity, Book 1

Thérèse Plummer’s charged narration brings to life this fantasy tale of dread and terror. Plummer deftly switches between teens August and Kate, whose rival fathers have split their city over their different methods of controlling the monsters that have overrun it. Whether voicing defiant Kate or introspective August, Plummer projects an element of fear, reminding listeners that the truce between the two parts of the city is fragile—and that monsters lurk around every corner. As the action of the audiobook speeds up, Plummer matches her pacing to keep listeners engaged through every violent turn of events. E.M.C. © AudioFile 2016, Portland, Maine [Published: SEPTEMBER 2016]