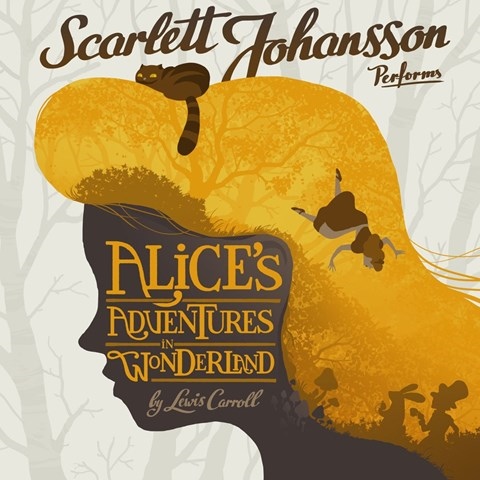 After falling asleep, seeing the White Rabbit, and falling down the rabbit hole to Wonderland, Alice meets the Mad Hatter, the Cheshire Cat, the Queen, and all the rest. Throw away the stereotypes. Scarlett Johansson's American accent brings an entirely new experience to Carroll's surreal landscape and zany characters. This has its good and not-so-good points. On the positive side, Johansson, a fine actress, completely enters the scene when she's a character, then seamlessly slips back as the storyteller. Her voice is filled with husky squeaks that are charming, but limiting. As a result, she never quite sounds like an 11-year-old girl. The American accent is a not-so-good choice. Some of the wit and Carroll's clever puns are lost in contemporary American diction. S.J.H. © AudioFile 2016, Portland, Maine [Published: DECEMBER 2016]