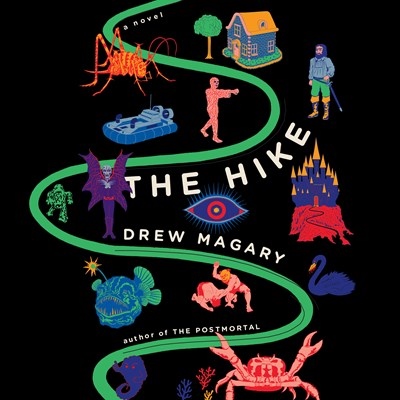 Imagine landing in a role-playing game in which one must go through ridiculously stressful situations in order to come out the hero and escape. Except instead of being a buff, young knight, you're an average guy in your mid-thirties with three kids whose idea of "working out" is roaming around the woods before a dinner meeting. Narrator Christopher Lane keeps to crisp enunciation and a tongue-in-cheek tone throughout this weird adventure, which is by turns heartwarming, bone chilling, and utterly absurd. Exclamations of pure terror abound as poor Ben battles through the unknown to find his way back to normalcy. With the help of a crab whom Lane imbues with gruff inflections and miserly words, this fairy tale for adults is compelling in its unpredictability. E.E. © AudioFile 2016, Portland, Maine [Published: NOVEMBER 2016]