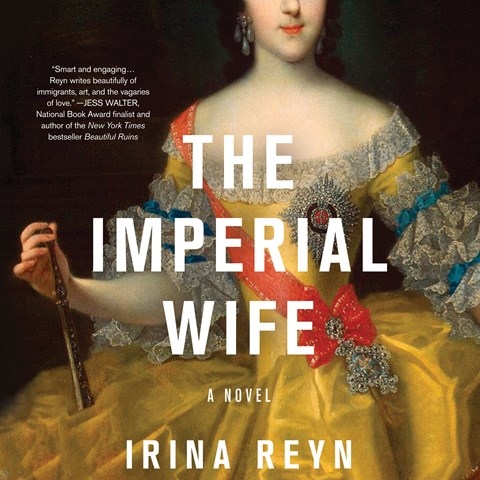 This is the first audiobook for novelist Irina Reyn, a writer of particular grace and authority. Narrator Karen Peakes effectively balances Reyn's two subplots, one set in a New York auction house, the other in the eighteenth- century Russian court. Both parts feature a powerful, ambitious female and her marriage. In the contemporary chapters Peakes slips easily into the voice of Tanya, a specialist in Russian art who is married to a frustrated novelist. Peakes just as easily slips into the historical narrative of young Catherine the Great as she seizes the throne from her incompetent husband, Peter III. But Peakes dampens the spell with her unpersuasive mimicry of character voices, especially those of Russian males. Nonetheless, an unexpected twist brings the two stories together into a satisfying ending. D.A.W. © AudioFile 2016, Portland, Maine [Published: AUGUST 2016]