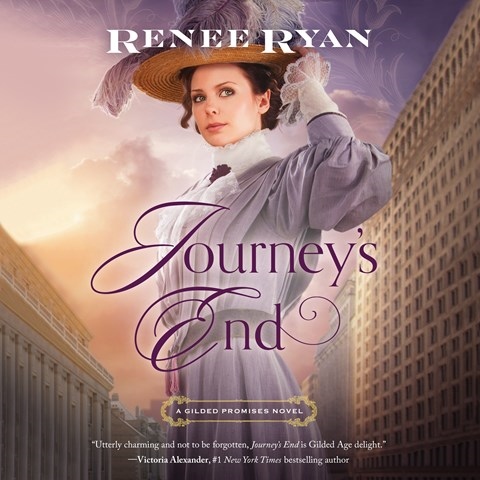 In this first audiobook in the Gilded Promises series, Caroline St. James journeys to New York from London to avenge her mother's death. Narrator Karen Peakes has a lot to work with in this inspirational romance. She narrates in an even, straightforward tone and handles the dialogue with a mix of American accents for the New Yorkers, an aristocratic British accent for Caroline, an Irish accent for her friend, Mary, and more. As Caroline navigates her new life, she crosses paths with Jackson Montgomery, a man with secrets of his own. Peakes gives Jackson a deep, confident voice as he becomes Caroline's friend and eventual supporter throughout the scandal she becomes embroiled in. Peakes's reading leaves the listener waiting for the next installment in the series, which she also narrates. E.N. 2017 A 2017 Audies Finalist © AudioFile 2017, Portland, Maine [Published: MAY 2017]