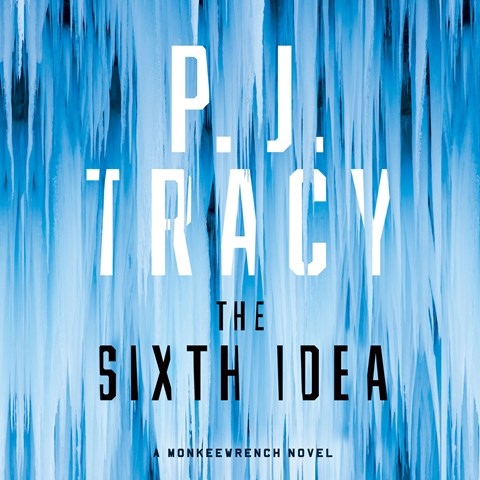 There's little goodwill toward men in this mystery set at Christmastime in Minneapolis. Narrator Peter Berkrot animates the colorful characters through his skillful use of accents (thankfully, bypassing the stereotypical “Minnesoooota" accent). When bodies start piling up like the local snowfall, the holiday is over for Leo Magozzi and Gino Rolseth. The veteran homicide detectives team up with the computer geniuses in the cybersecurity company Monkeewrench to uncover a conspiracy going back decades. The listener benefits from Berkrot’s being equally at home with voicing a reserved artist, a philosophical Russian assassin, and a genial biker/hacker. His distinctive characterizations encourage listeners to engage with this propulsive thriller. D.E.M. © AudioFile 2016, Portland, Maine [Published: AUGUST 2016]