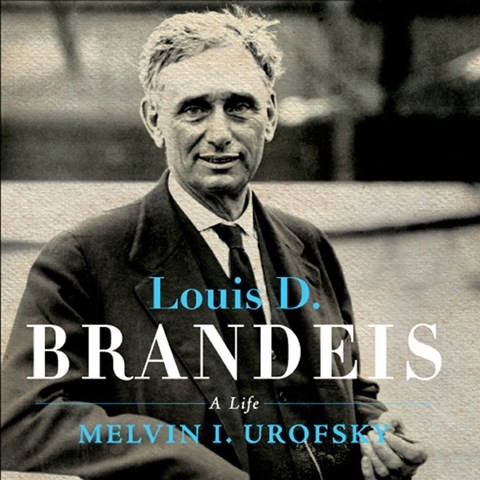 by Melvin I. Urofsky | Read by Sean Pratt

Urofsky's biography of Supreme Court Justice Louis Brandeis, ably narrated by Sean Pratt, provides an exhaustive look at a man whose vision changed society. Brandeis is considered the creator of the right to privacy, but he was also a consumer-focused liberal whose efforts led to the passage of the Federal Reserve Act and the Federal Trade Commission. Urofsky never tries to condense Brandeis's story. The audio version of his book requires a performance that holds the listener for more than 35 hours. Pratt accomplishes this feat. His style is steady and engaging, and he moderates his pace and tone so effectively that Brandeis's life seems to glide by. While the length of the book seems daunting, it's a remarkably entertaining account of how Brandeis changed society while also combating intolerance. D.J.S. © AudioFile 2016, Portland, Maine [Published: OCTOBER 2016]