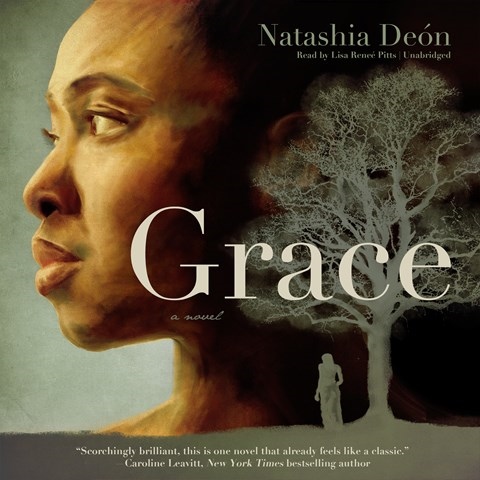 The conceit of a narrator speaking from the grave has been done before, but rarely has it been as emotionally wrenching as in Natashia Deón's mesmerizing debut novel. Narrator Lisa Renee Pitts delivers the intricately woven story spanning 30 years in the lives of a family of women slaves. After scenes of sexual violence and a murderous bloodbath, 15-year-old pregnant Naomi attempts to escape but is shot by slave catchers. Before she dies, she gives birth to Grace, a light-skinned child who is taken from her and adopted. Naomi's spirit follows the child, now called Josey, and, through flashbacks, Pitts reveals lives filled with humiliation, dehumanization, and hopelessness. She presents Deón's characters and unrelenting images truthfully, exposing how little women, particularly African-American women, were valued in this time period. S.J.H. Winner of AudioFile Earphones Award © AudioFile 2016, Portland, Maine [Published: AUGUST 2016]