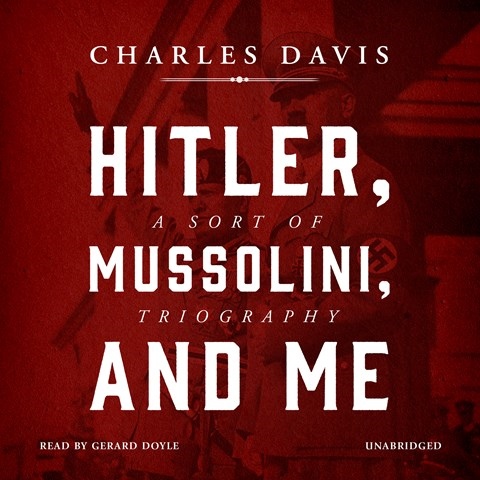 HITLER, MUSSOLINI, AND ME A Sort of Triography

This somewhat farcical audiobook has a fascinating provenance. In 1938, Hitler visited Mussolini in Rome, and the two were escorted around some art galleries. Their guide was repulsed by the two tyrants, but he did his job. Thirty years later, his daughter found out about her father's minor role in history. To help explain his actions, he wrote a story that brought the two dictators down to earth and explored some scatological elements of their existence. This audiobook is based on that event. Narrator Gerard Doyle's Irish lilt is comforting and subdued as he reads at an unhurried pace. What's missing is a bit more energy, which would have brought some of the funnier bits to the forefront. Doyle makes sure we get the surreal nature of the action, but he needs to be more demonstrative with some of the material. R.I.G. © AudioFile 2016, Portland, Maine [Published: JULY 2016]