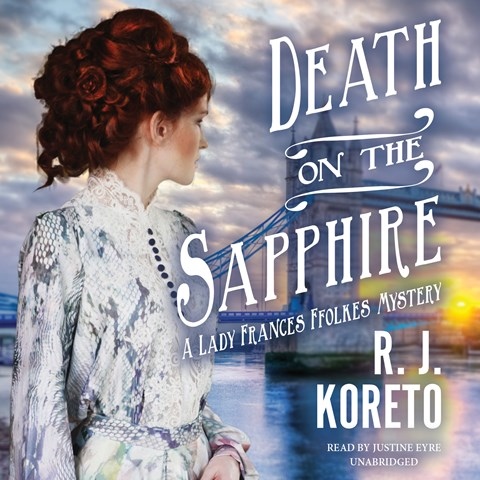 Cultured tones and clipped British accents are just two of charming vocal characteristics narrator Justine Eyre adopts while performing this story of murder and conspiracy. Lady Frances Ffolkes investigates her friend Major Colcombe's murder over a manuscript about the Boer War battle on the Sapphire River. Eyre fluidly delivers the conversations of the upper and lower classes in drawing rooms, kitchens, and parks. Sometimes at odds with Scotland Yard and the British Secret Service, Lady Frances and her maidservant, June Mallow, ask questions, dig into motives, and confront military men as they seek to identify those who are covering up poor decisions made during the battle. Eyre's reading seamlessly shifts from scene to scene, from hackney to motor car, drawing the listener more deeply into London society and a chilling conspiracy. M.B.K. © AudioFile 2016, Portland, Maine [Published: OCTOBER 2016]