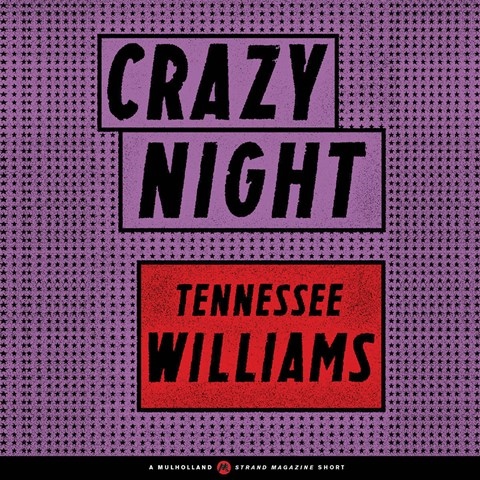 The introductory music for Tennessee Williams's short story creates the atmosphere of the Prohibition era, and narrator Brian Hatch's hangdog tone characterizes Williams's protagonist, Phil. The college freshman is drowning his sorrows in corn whiskey during the traditional celebration of the last day of school--Crazy Night. Phil believes he's flunking out, and to rub salt in his wound, his girlfriend has a date with another guy. CRAZY NIGHT is less of a mystery or suspense story than the other shorts in Mulholland Books's Strand Originals series, but it offers an O. Henry-like plot twist. Hatch provides a highly engaging listen, underscoring the drama of college-age young men who have yet to fully experience the struggles of life. J.F. © AudioFile 2016, Portland, Maine [Published: JULY 2016]