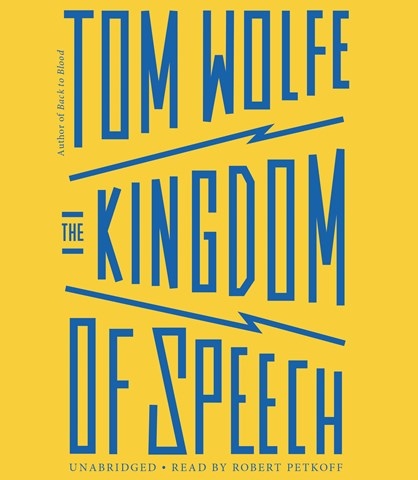 THE KINGDOM OF SPEECH

From evolution to penicillin to the big bang theory, the past 175 years have seen science crack some of nature's biggest mysteries. But the origin of human language remains a puzzle, for the most part. Narrator Robert Petkoff's bright and energetic delivery reflects the author's well-known penetrating intelligence and curiosity, here matched with a dose of exasperation as he traces the history of disproven theories on language development and acquisition. Tom Wolfe's most caustic humor is squarely aimed at "science" when he sees it collapsing under the weight of personalities such as Charles Darwin and Noam Chomsky. Petkoff switches from a tone of satire to wonder at what a singular species we humans are--while having little idea how we got that way. B.P. © AudioFile 2016, Portland, Maine [Published: SEPTEMBER 2016]