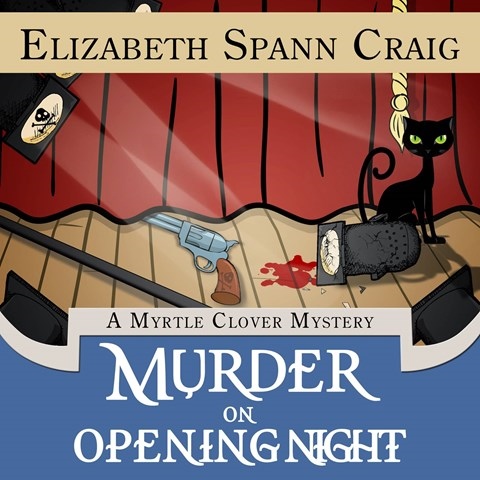 Narrator Judy Blue so aptly portrays each character in this Myrtle Clover mystery that it's difficult to select a favorite. North Carolina octogenarian Clover and her trusty sidekick, Miles Bradford, begin sleuthing after an unpleasant leading lady, Nandina Marshall, is killed during a performance. Clover's marvelous wit will sweep listeners along as she questions witnesses at the theater, funerals, and anywhere else she can corral them. Blue expertly presents both text and dialogue, outdoing herself with the actors’ outsized egos and inability to stop acting, no matter what. Each eccentric character is droll but always believable—with drunken theater owner Mr. Tucan being especially convincing. Most rewarding is hearing about Clover and Bradford's endearing friendship and Clover's encounters with her family, especially her son, the police chief. S.G.B. Winner of AudioFile Earphones Award © AudioFile 2016, Portland, Maine [Published: JUNE 2016]