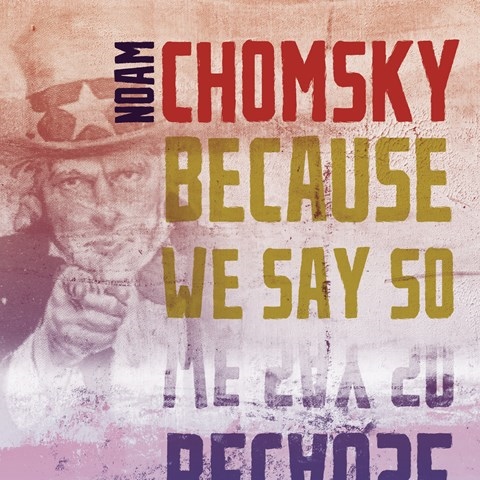 BECAUSE WE SAY SO City Lights Open Media Series

James Cronin brings to life 87-year-old Noam Chomsky's dry wit and scathing commentary on U.S. foreign policy. It's essential to hear these 34 pieces because most American newspapers ignore him. These were published outside the country. Cronin's conversational style captures the political dissident at his best. In "Assault on Public Education," listeners will learn that once those in power concluded that education benefits those who receive it and NOT society, it was decided that each individual must pay for it. Cronin's Chomsky notes in "Boston and Beyond" that the Marathon bombing resulted in disturbing, unexamined, and unregulated governmental power. Other important topics such as Israel/Palestine, Edward Snowden, the Axis of Evil, and many more are included. S.G.B. © AudioFile 2016, Portland, Maine [Published: AUGUST 2016]