Home»Reviews»WELCOME TO THE GODDAMN ICE CUBE 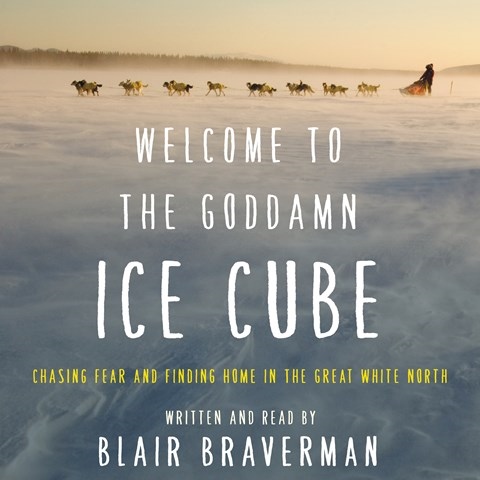 Blair Braverman is a self-proclaimed tough girl--able to drive a dogsled team, shear sheep, and survive a blizzard. Despite being from California, she longed for the Arctic and being a polar explorer. Braverman's performance is engaging, honest, and thoughtful as she recounts her quest to fulfill her dreams. Her voice glows with affection for an elderly shopkeeper in northern Norway. More chilling than the weather, though, is the abuse that Braverman faces as a woman in a man's world. Her suppressed feelings translate into an understated, slightly flat inflection when she describes regular sexual assaults by her boyfriend, Dan, who spins his actions as love. At the time, Braverman believes her experiences are no different from those of other women, and her true coming-of-age is rejecting that notion. A.B. © AudioFile 2016, Portland, Maine [Published: AUGUST 2016]