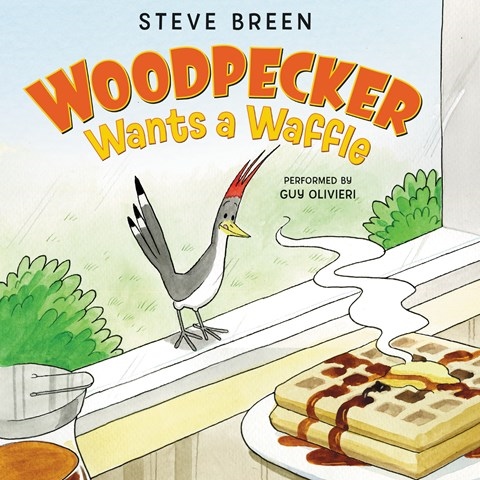 Narrator Guy Olivieri packs as much enthusiasm into being a woodpecker as woodpecker Benny does into his imaginative plans. The first plan is necessitated when curious Benny wants to experience "W-A-F-F-L-E-S" for the first time and is thwarted as he tries to disguise himself to enter a diner. Bunny and assorted animals find his curiosity about waffles ridiculous and rattle off a list of absurd animal foods: "Raccoons don't eat ravioli!" "Coyotes don't eat cupcakes!" "Snakes don't eat snow cones!" Olivieri's alliterative "s" sounds have gusto. Not willing to take the animals' word that woodpeckers don't eat waffles, Benny pulls off his most inventive plan yet--one that has break dancing, a comedy act, and fireworks. A.R. © AudioFile 2016, Portland, Maine [Published: AUGUST 2016]