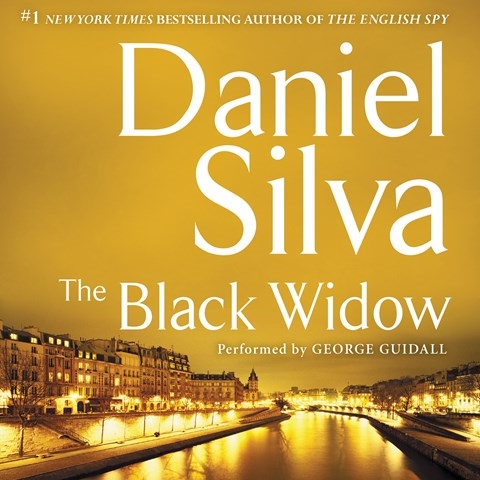 The audio brotherhood of narrator George Guidall and Silva's spy Gabriel Allon is hard to beat. Sixteen episodes of the exploits of this international assassin, spy, and art restorer have not dulled the tension and originality of this thriller, which seems ripped from the headlines. In fact, Silva's foreword notes that the recent Paris bombings seemed hideously similar to the events that challenge Allon. Listeners follow Allon as he slingshots between the Middle East, Paris, and Washington, DC, gathering information on an ISIS mastermind. George Guidall's skilled storytelling and his ease with accents and pace are just two specific elements that can be pinpointed in the success of this audiobook. Beyond these, a subtle combination of astute skill and experience creates the best possible listening. R.F.W. Winner of AudioFile Earphones Award © AudioFile 2016, Portland, Maine [Published: AUGUST 2016]