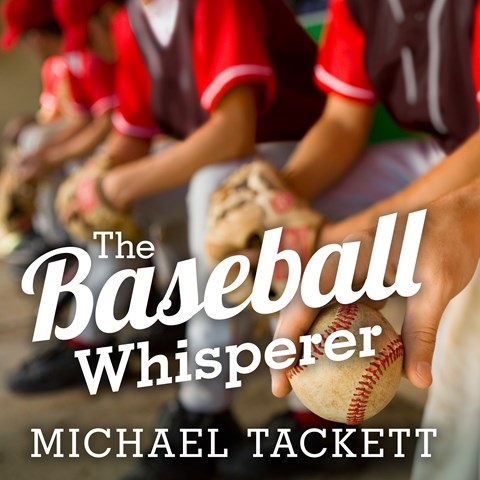 There’s nothing subtle about Mike Chamberlain’s performance of this love letter to small-town Minor League Baseball coach Merl Eberly. And somehow, that’s how it should be, given the nostalgic, almost elegiac, tone of Michael Tackett’s book. Chamberlain is enthusiastic and engaging evoking the glories of summer baseball, but he also relentlessly demands the listener’s attention, effectively mirroring the exacting standards of a coach who wanted baseball to be played right. Eberly specialized in lost causes and underdeveloped college players, and he successfully produced several Major League players including Hall-of-Famer Ozzie Smith. Eberly wanted his players to become better men even more than he wanted them to become better players. Tackett shows the impact that one coach can have on young men, a team, and a town, and it’s an enjoyable and sentimental journey to hear. A.B. © AudioFile 2016, Portland, Maine [Published: AUGUST 2016]