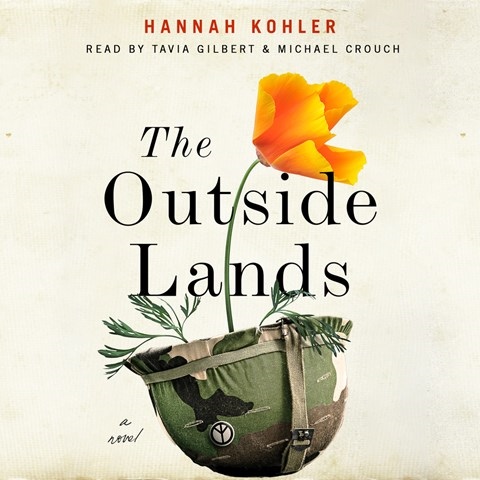 Narrators Tavia Gilbert's and Michael Crouch's performances make up for any clunkiness or sentimentality in the expository passages of Kohler's ambitious debut novel. After their mother's death, Jeannie marries and appears to be the epitome of the happy American housewife, while Kip joins the Marines and is sent to Vietnam. Gilbert is just right, sounding innocent and confused when Jeannie is seduced, both sexually and intellectually, by Lee, a 16-year-old girl who is involved in the antiwar movement. Crouch's truthful performance creates a disenchanted Kip as he faces a court-martial for a shocking crime in Vietnam. Gilbert and Crouch take us from the nightmare of JFK's assassination to the chaotic fall of Saigon, offering rich portraits of people and their problems during the volatile period that was the 1960s. S.J.H. © AudioFile 2016, Portland, Maine [Published: OCTOBER 2016]