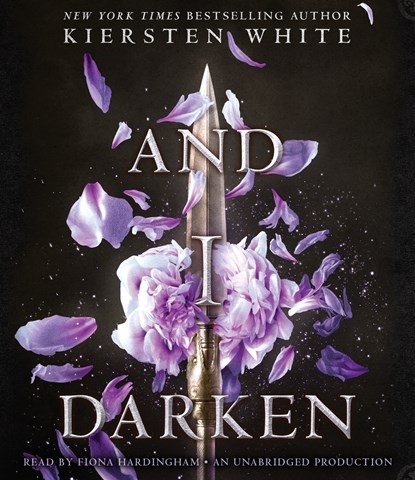 Fiona Hardingham’s commanding narration steers a clear path through this densely woven tapestry of mid-fifteenth-century intrigue, rife with conspiracy, assassination, and the varied courses of love and loyalty. With measured pacing and a somber tone, Hardingham unfolds White’s sweeping tale of Lada, daughter of the infamous Vlad Dracul, and her younger brother, Radu, who are given as hostages to the Ottoman Empire, where their lives become inextricably linked to the sultan’s ambitious son, Mehmed. Hardingham’s resonant voice keeps listeners firmly grounded as a strange and destructive triangle of friendship and love develops, with forays into murder, lust, and homosexuality. Mature teens will be glad to know this is the first in a planned trilogy, which will allow them to reconnect with these compelling characters. S.G. Winner of AudioFile Earphones Award © AudioFile 2016, Portland, Maine [Published: AUGUST 2016]