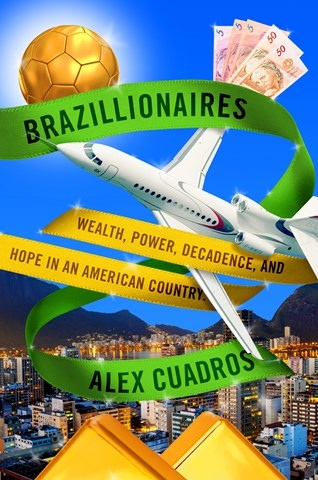 BRAZILLIONAIRES Wealth, Power, Decadence, and Hope in an American Country

Alex Cuadros is an able narrator of his own audiobook about Brazilian billionaires and the corruption and sweetheart deals that have made them who they are. Cuadros sounds truly interested in the poverty-wracked country's wealthiest men (and yes, they are men), and his interest is infectious. There are few flourishes in Cuadros's performance--no vocal imitations and no melodrama. It's just a solid rendition. Cuadros refrains from explicitly pointing out most of the obvious parallels between self-hyping rich people in Brazil and self-hyping rich people in the U.S., though the similarities are not difficult to discern. The timing of the book's release clearly is certainly meant to capitalize on interest in the Olympics. This audiobook, though, will be worth listening to for a long time to come. G.S.D. © AudioFile 2016, Portland, Maine [Published: SEPTEMBER 2016]