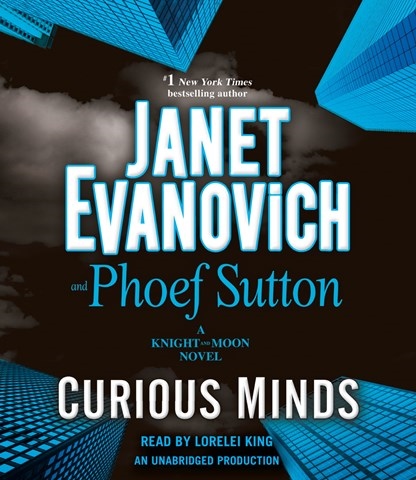 Narrator Lorelei King makes the improbable delightful and the silliness entertaining. Emerson Knight, multimillionaire eccentric with social skills firmly planted on the autism spectrum, wants to remove all his gold reserves from their high-security vaults. He believes someone has been tampering with the gold. Riley Moon, recent Harvard Law graduate, is sent to appease Knight at his Mysterioso Manor. Evanovich and Sutton deliver a shiny product but miss the mark on genuine humor. Nonetheless, King is terrific as put-upon Aunt Myra, who deals with Emerson as well as a zebra, an armadillo, and a monkey, and who saves everyone's bacon. Watch for the continuing adventures of Knight and Moon, hopefully, delivered by King. This sounds like the start of a beautiful friendship. S.J.H. © AudioFile 2016, Portland, Maine [Published: NOVEMBER 2016]