Home»Reviews»DON'T TELL ME YOU'RE AFRAID 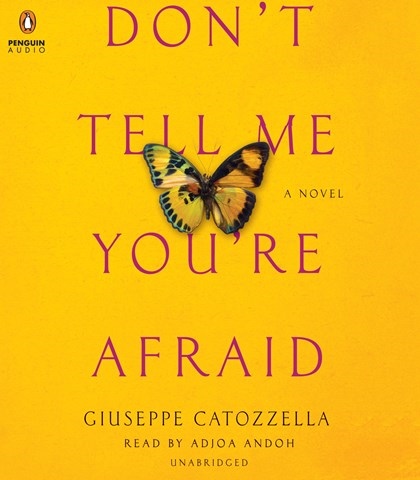 DON'T TELL ME YOU'RE AFRAID

In this timely novel, narrator Adjoa Andoh brings out the energy of a young African woman's tumultuous life. Samia Omar has wanted to run competitively ever since she was a child. She trains any way she can in war-torn Somalia in hopes of qualifying for the London Olympics in 2012. Andoh's narration has a subdued quality to it, hinting at Samia's tragic end. The story takes listeners through the ups and downs of life as a teenager growing up in a country gripped by civil war. At times, Andoh's delivery can be overly dramatic, and her presentation of Somali-inflected English can be heavy on the ear. But listeners will overlook these small shortcomings to embrace the novel's contemporary themes of identity, migration, and grit. M.R. © AudioFile 2016, Portland, Maine [Published: SEPTEMBER 2016]