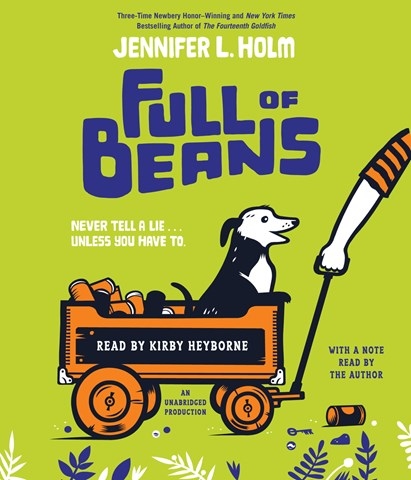 Narrator Kirby Heyborne’s approachable style makes this heartwarming piece of historical fiction all the more engaging. Ten-year-old Beans Curry is a natural leader whose gang follows his lead on everything as they move around Depression-era Key West, Florida. Times are hard, and all of the townspeople scoff at the “New Dealers,” government agents sent to turn the town into a tourist attraction. Holm infuses the story with homey facts of the times—party-line phones, newfangled sewing machines, Shirley Temple at “the pictures”—as well as old-fashioned slang that rolls off Heyborne’s tongue. His gentle tone and energetic pacing keep the story moving to the unexpected conclusion. S.G. © AudioFile 2016, Portland, Maine [Published: NOVEMBER 2016]