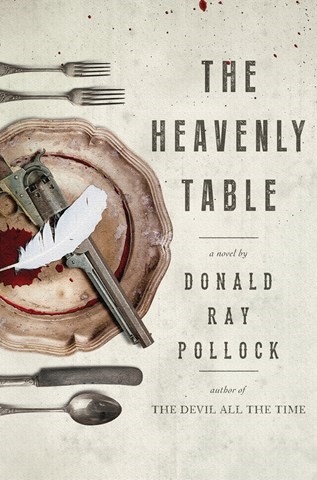 This is one of those gritty audiobooks--like a Tarantino or Peckinpah movie--that listeners may find difficult to forget and hard to recommend. A century ago, near the Alabama/Georgia border, darkness, misery, and brutality rain down upon a crew of Southern gothic characters including a gang of hardscrabble outlaws, a defrauded farmer and his wife, and a worker whose job it is to measure outhouse sewage--all vividly brought to life by narrator Kirby Heyborne. In Pollock's world, penance and suffering are the existential price for a seat at the heavenly table. The prose is beautifully constructed, often hilarious, and digressive without being showy, and Heyborne's low-key narration keeps the storytelling grounded throughout the scenes of cruelty and chaos. R.W.S. Winner of AudioFile Earphones Award © AudioFile 2016, Portland, Maine [Published: OCTOBER 2016]