Home»Reviews»I'M SUPPOSED TO PROTECT YOU FROM ALL THIS 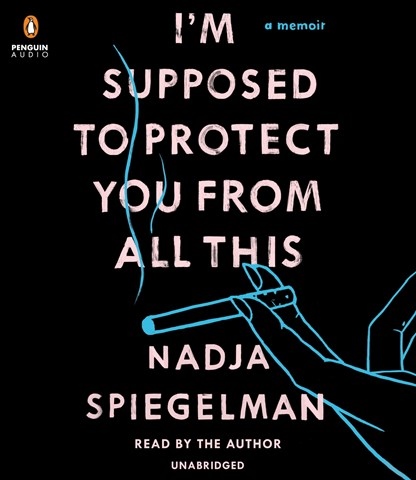 I'M SUPPOSED TO PROTECT YOU FROM ALL THIS A Memoir

This memoir of intertwined generations of fraught mother-daughter relationships is an absolute pleasure to listen to. Nadja Spiegelman's performance is thoughtful and charming regardless of whether she's recounting a part of the story that is dark with cruelty and neglect or a part dazzling with joyful confidence. Spiegelman is the daughter of Françoise Mouly, the art director of THE NEW YORKER, who moved to New York as a teenager to flee her mother, Josée, in Paris. Spiegelman extensively interviews her mother and grandmother, growing closer to both. Their stories frequently contradict each other or historical events, and truth is more of a matter of memory and perception. Spiegelman's lovely voice conveys empathy, self-awareness, and curiosity, and she flawlessly shifts back and forth from French to English. A.B. © AudioFile 2016, Portland, Maine [Published: SEPTEMBER 2016]