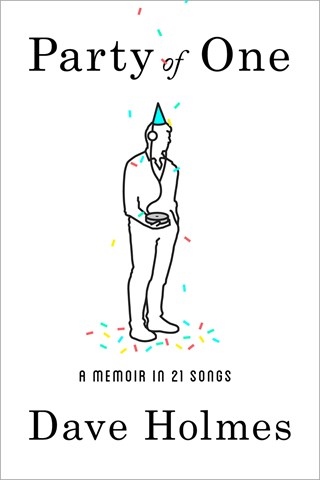 PARTY OF ONE A Memoir in 21 Songs

Media personality, MTV veejay, and music trivia afficionado Dave Holmes performs his memoir in a bright, charismatic voice that reveals as much about his transition from an unremarkable Midwestern boyhood to a successful career in entertainment as anything he says about it. Holmes isn't afraid to use significant pauses to emphasize points, and his expressiveness makes this technique sound more like conversation than narration, particularly when he dishes on his interactions with friends and celebrities during his time with MTV in the heyday of boy bands and the music video show "TRL." The overall tone here is humorous, but Holmes also talks about his struggles coming to terms with his sexuality and some of his own self-defeating behaviors. An enjoyable listen, whether you're a fan or not. A.F. © AudioFile 2016, Portland, Maine [Published: NOVEMBER 2016]