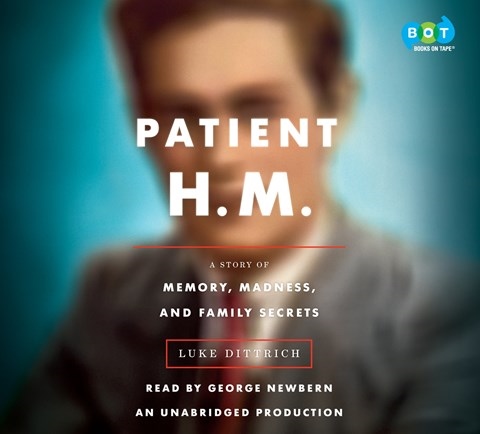 PATIENT H.M. A Story of Memory, Madness, and Family Secrets

George Newbern certainly has his work cut out for him in this sprawling investigation of the world of psychosurgery, memory science, and mental health treatment. The author tells the stories of Henry Molaison--Patient H.M.--who received a radical lobotomy in an attempt to cure his debilitating seizures--and his surgeon, William Scoville, Dittrich's grandfather. After the surgery, Henry couldn't form any new memories, and he became the most studied memory science patient of the 1950s. Newbern's delivery is warm but unhurried and seems untroubled by the medical, psychological, and scientific terminology. Dittrich's descriptions of mental health treatment that lack both informed consent or any scientific theory or method--such as extreme cold and heat treatments, shock treatment, and lobotomies (performed mostly on women)--are both fascinating and horrific. A.B. © AudioFile 2016, Portland, Maine [Published: OCTOBER 2016]