Home»Reviews»PLAYING FOR THE DEVIL'S FIRE 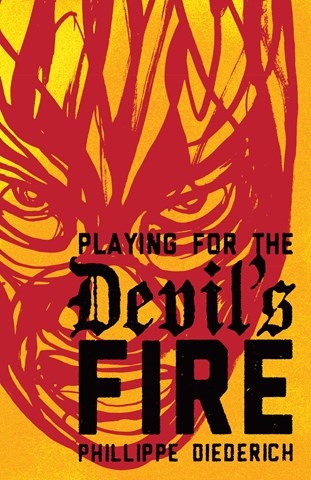 PLAYING FOR THE DEVIL'S FIRE

Diederich's story is written from the perspective of a teenage boy whose sleepy Mexican village is being taken over by drug money. Narrator Ozzie Rodriguez sensitively portrays Bolli's confusion, fear, and anger as he witnesses the changes encroaching upon his village, which threaten the security of his friends and family. Rodriguez's narration reflects the atmosphere in the story, beginning with a slightly slower pace to describe the village, then building as violence and emotions escalate, and, finally, slowing to the conclusion. Because he provides no vocal character differentiation, there are times when it's difficult to tell who is speaking. But that lasts only a moment, and the listener is pulled back into this gripping story. L.M.A. © AudioFile 2016, Portland, Maine [Published: JULY 2016]