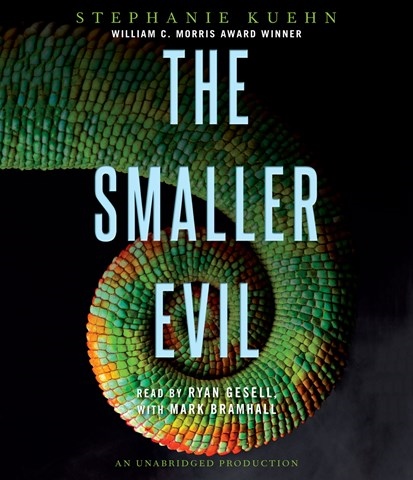 Ryan Gesell narrates the story 17-year-old Arman, who wants to change so desperately that he flees to the compound of a charismatic leader. Gesell expresses the boy's terrible self-loathing in a way that's painful to hear. Just when Gesell's heartrending narration becomes unbearable, the story shifts: Arman discovers the bloody body of the guru he admires. When he returns with help, the body is missing, and so is his memory of what happened. Gesell's narration marks Arman's growing strength as he fights to overcome suspicion and conspiracies. Mark Bramhall narrates interspersed bits that give the views of an unnamed character. Bramhall's voice is deep and detached. His authoritative philosophical comments are juxtaposed with the psychological twists, fast pacing, and immediacy that Gesell so skillfully delivers. S.W. © AudioFile 2016, Portland, Maine [Published: SEPTEMBER 2016]