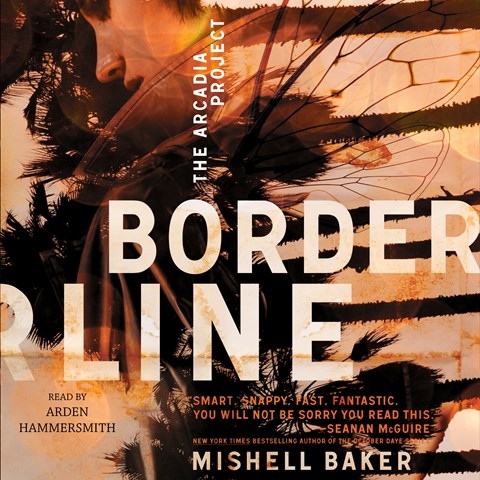 At the center of this production is the character Millie, who is all manner of screwed-up. Narrator Arden Hammersmith ably captures Millie's many moods. A fledgling film director with borderline personality disorder, Millie attempted suicide after a failed affair. The attempt has left her with two prosthetic legs and few prospects until she's hired by the mysterious Arcadia Project, which is responsible for policing an accord between this world and the dimension of the fae. Hammersmith skillfully uses her versatile voice to portray Millie's co-workers, mental cases all. Notable characters include a little Southern woman, a taciturn black man, and an angry Latino whom Millie is drawn to. They must pool their talents to locate a missing fae who really doesn't want to be found. Through Hammersmith’s narration, Millie ultimately develops into an engaging character who heralds a fascinating new series. D.E.M. © AudioFile 2016, Portland, Maine [Published: NOVEMBER 2016]