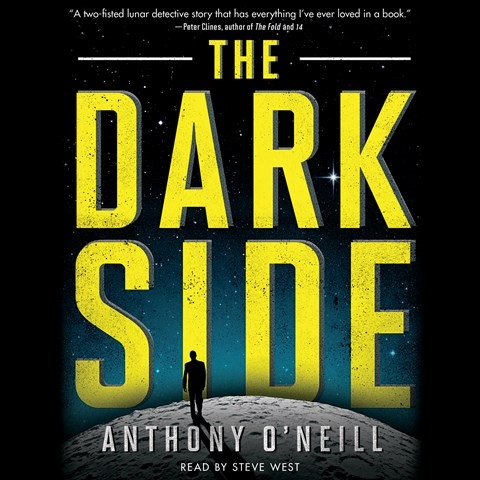 This stark, shining work is powerfully told by Steve West, whose character portrayals and command of accents are mind-boggling. One minute he's the hard-as-nails police detective who is transferred to the hellish town of Purgatory, on the dark side of the moon. Next, he is a dysfunctional, serial-killing android that speaks in a polite British accent when he's not wiping out those in his path. Then, he's the boorish Fletcher Brass, the billionaire who runs the town, which is a place of last resort for killers, perverts, war criminals, and brave tourists. There are so many incredible events, observations, and details in this novel that listeners will find themselves stopping and pondering their ramifications even as the characters take them for granted. M.S. Winner of AudioFile Earphones Award © AudioFile 2016, Portland, Maine [Published: SEPTEMBER 2016]