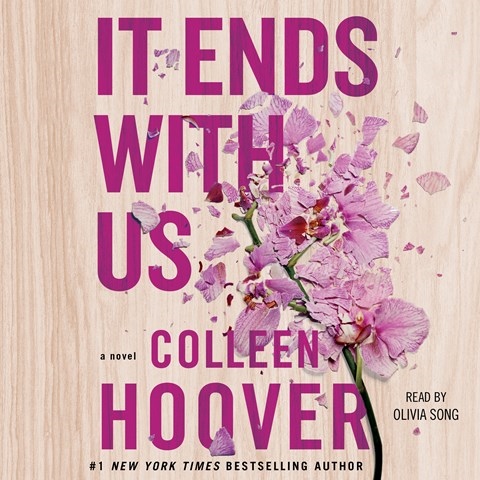 IT ENDS WITH US

Lily Bloom grew up in an abusive home. As a teenager, Lily finds refuge in writing to Ellen DeGeneres in her diary. Narrator Olivia Song sensitively presents the words of a lonely, frightened adolescent who is emerging into young adulthood. Song raises her pitch to express a young Lily and modifies her tone to express a broad range of moods. At 23, Lily is compelled to reread her old diaries when she finds herself in a difficult relationship. Song distills each character's emotions with raw precision. When infatuation turns to love or abuse wreaks havoc, Song's voice captures Lily's emotions, drawing the reader deeper into the story. E.B. © AudioFile 2016, Portland, Maine [Published: NOVEMBER 2016]