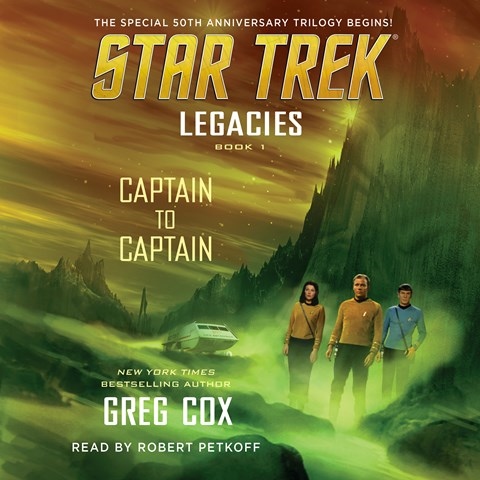 This audiobook could not have been more perfect. Featured are more voyages of the original Star Trek crew, Captain James T. Kirk, Mr. Spock, Bones, and all the rest. NarraEarphonestor Robert Petkoff is able to sound enough like all the cast members to allow listeners to settle back and imagine the adventures that never made it to television. And the simple sound effects are just right. This story brings back a character seen only in one (two-part) adventure. The woman called “Number One,” formerly second in command to Captain Christopher Pike, is now a captain herself and has a mission that she alone can pull off. But to do so, she must involve Kirk and Spock. Petkoff is the perfect choice to bring this series to life. M.S. Winner of AudioFile Earphones Award © AudioFile 2016, Portland, Maine [Published: AUGUST 2016]